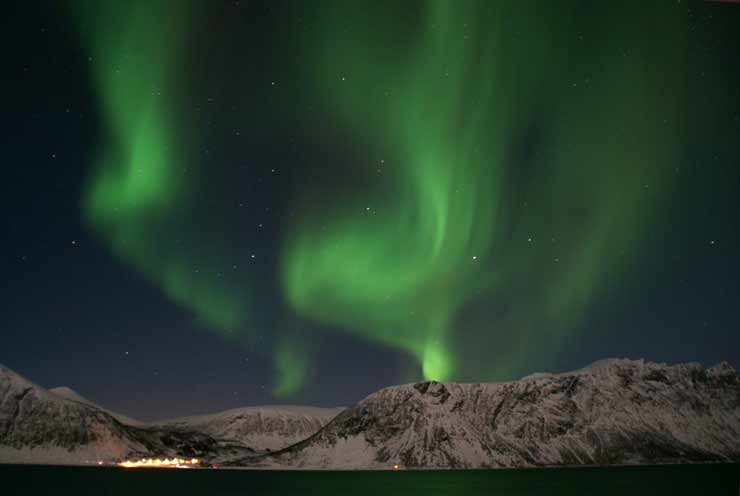 Northern Lights are a physical phenomenon that occurs when the solar wind is stronger than normal, with large discharges winding electric charged particles into space. These are electrons and protons that form the light when they collide with gases in Earth's atmosphere. Northern Lights are located at a height of between 90 and 180 km altitude, and can be observed on the night sky in a belt around the magnetic north pole. The phenomenon shows up as undulating light that varies in form, color and strength, from dark blue to orange and red, but most of all green and yellow. Elgsnes has little light pollution, and is therefore excellent for those who are hunting spectacular views of Northern Lights in the dark season. The picture above this text is taken just outside the guest house. There are also several good look-out points in the area. Click on the icon at the bottom and to the right to see a Northern Lights alert page.